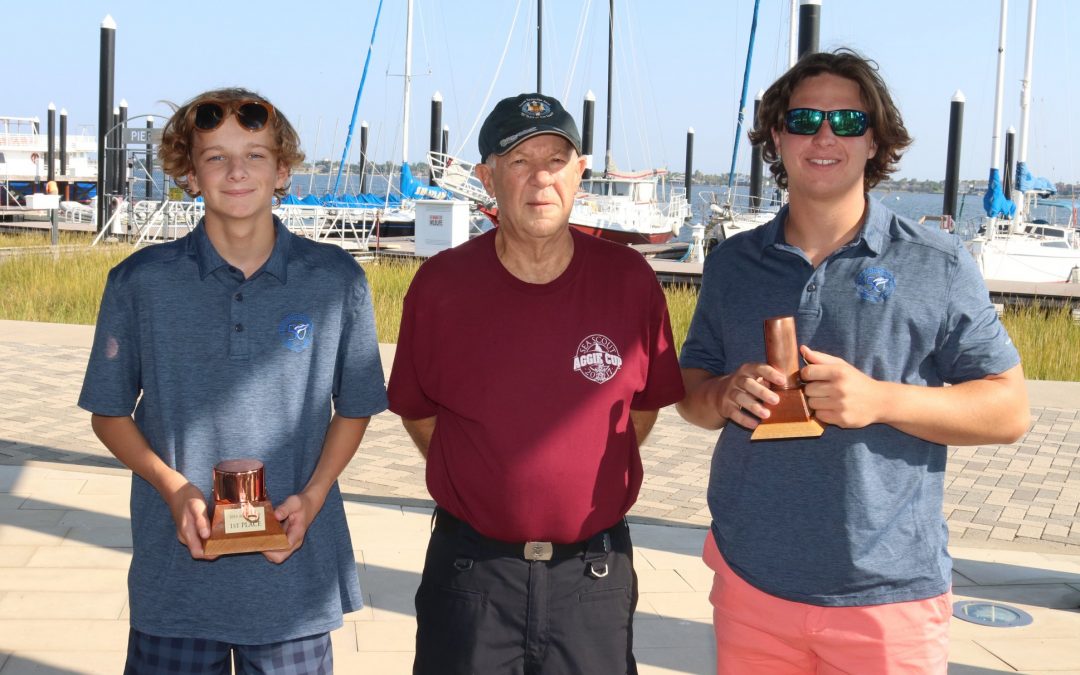 On October 5, seven crews from Ships  across Texas came to Sea Star Base Galveston to compete in the 10th Biennial “Aggie Cup'”; the oldest continually held Southern Region qualifier for the Sea Scout Cup which will be held at the same venue in July of 2020.  Light winds and  warm conditions were the day’s challenge but seven races were held and Issac Barclay with Cayden Vandling of  Ship 1000 came in first with Zach Aronson and Matt Sabouda of Ship 911 coming in second.  Both ships are located  well inland and far from open salt water proving that good sailors can come from just about anywhere there is water, wind, focused youth and good advisers.

Lunch for all crews, attendees and race staff as well as all trophies were provided free of charge by Commodore Dan Wilson who has hosted this regatta for 20 years.

After award of  the unique trophies, crews departed for there respective ports.