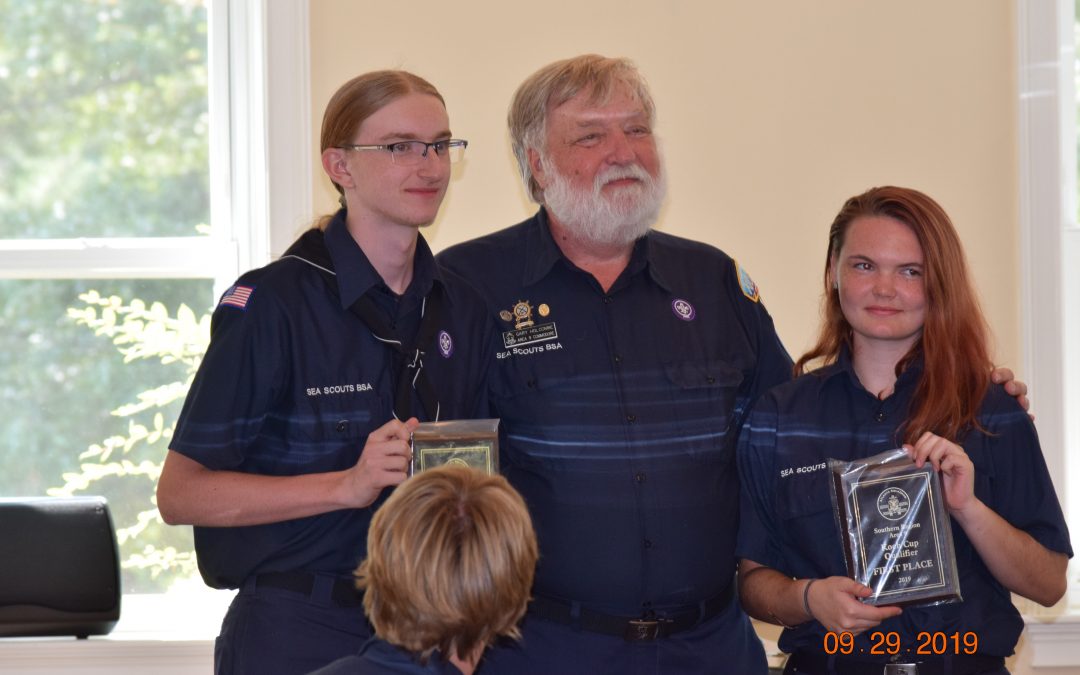 The Atlanta Council Sea Scouts Squadron was the host for the Area 9 2019 William I. Koch Cup qualifier at Cushing Park, home of Atlanta Ship 100.  There were six entries racing with teams from Atlanta Squadron Ships, Nashville Ships and a crew from as far away as Ohio.  The racing was conducted all day Saturday with seven races completed and three races on Sunday morning to help separate the close points of the second and third place teams from Ship 100. The winds were light but the crews were competitive and racing was close around the windward-leeward course.  The crews were excited about the event and motivated to take advantage of the light winds to capitalize on making no mistakes in the race.  It was apparent in the early heats that one of the Nashville teams was giving a stellar performance.  Sam Slater and Sophia (Kat) Soll built a solid first place finish in nearly every race.  Atlanta Fleet Ship 100 teams consistently fought out the second and third places!  All six teams sailed hard and competitive!  The lead team had a close second place finisher pushing them to the front in every race.  Overall this year was one of the best Koch Cup qualifiers experienced with every one enjoying the event.  The Atlanta Area looks forward to cheering for the Nashville team to take gold at the Koch Cup next summer.