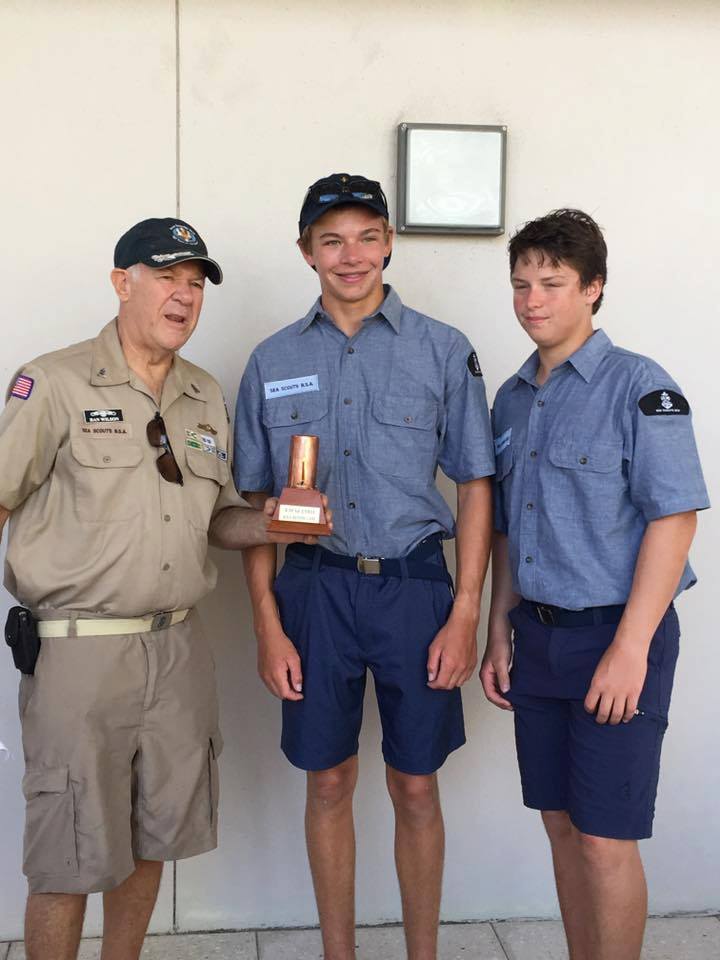 Galveston, TX — The Aggie Cup, a qualifier for the William I. Koch International Sea Scout Cup was held on September 23, 2017 at Sea Star Base Galveston on their fleet of FJ’s.  The weather was fair with winds from the SE at 12 to 16 knots.  Five races were held in the morning and four after lunch.  Crews changed boats after lunch and were allowed to discard their worst race.  The crew of Ship 1000’s Andrew Vandling and Issac Barkley took a decisive first place.  Crews put up their boats at about 1500 and trophies were awarded to the four highest scoring crews shortly after.